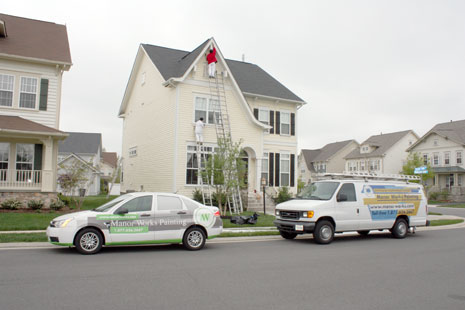 Scott Gammonds bought his home new, but after five years, he noticed that his once beautiful exterior had begun to show signs of aging. He knew he had some areas of wood rot that had developed, but was unsure as to the extent of the damage. In many places, the paint was simply nonexistent further exposing the house to risk.

Mr. Gammonds contacted Manor Works and after a thorough inspection, a detailed wood replacement strategy was agreed upon. Instead of replacing the existing damaged boards with more wood, Mr. Gammonds agreed to have Manor Works replace all of the damaged trim boards with PVC boards. The PVC boards would never rot, yet the natural aesthetic of the house could be maintained.

Manor Works proceeded to replace the boards, and in the course of the work, discovered several additional areas that had deteriorated. Mr. Gammonds was appreciative that Manor Works was able to notify him of additional wood rot, rather than simply covering up the problem like many paint contractors would have done. This gave Mr. Gammonds confidence that his home was in fact correctly repaired.

Once the wood rot was replaced, Manor Works proceed to fully prepare the surfaces for painting. The home was then painted with Duron, which entitled Mr. Gammond to a Two-Year warranty. 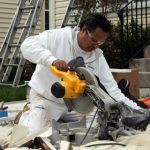 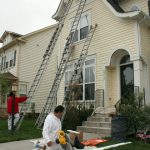 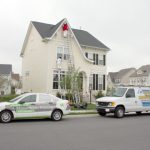 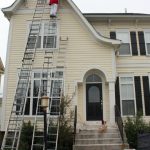